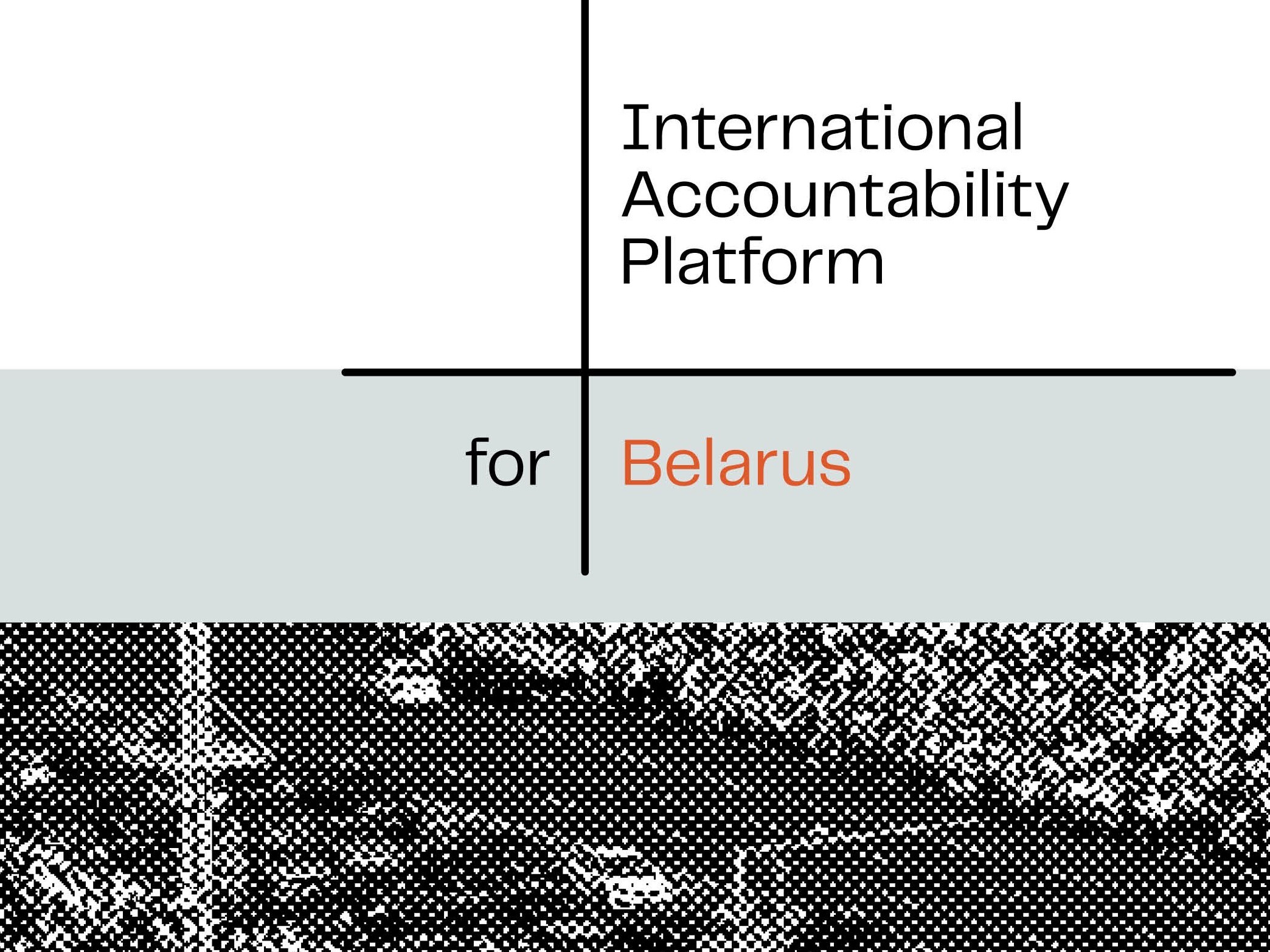 Belarus Platform gathers over 10,000 files from victims and witnesses on alleged international crimes in its first year

The International Accountability Platform for Belarus (IAPB) has collected over 10,000 victim, witness, and documentary files and 500,000 items from open sources on crimes under international law committed in Belarus since its launch a year ago.

With the human rights situation in Belarus and the region drastically worsening, the IAPB has provided significant support to an investigation led by the UN Human Rights Office (OHCHR) and national criminal justice authorities to ensure perpetrators can be brought to account.

Belarusians exercising their rights to freedom of expression, association and assembly continue to face repression by the Lukashenko regime, including in the context of recent protests against Belarus’ potential support for Russia’s aggression against Ukraine and the ensuing conflict. There are now more than 1,000 political prisoners in Belarus, and more than 100,000 Belarusians have been forced to live in exile.

The IAPB’s second semi-annual report Progress-Report details the considerable work the Belarus Platform carried out in the last six months to ensure this large volume of information and evidence can be effectively used by accountability bodies.

“We are working hard to make sure that every testimony, every snapshot in the chronicle of the crimes committed by the Belarusian regime against its own people is preserved for international evaluation and future prosecution of the perpetrators,” said Pavel Sapelko, Representative and Lawyer of IAPB co-lead, Belarusian NGO Human Rights Centre “Viasna.”

When reporting to the UN Human Rights Council (HRC) on 17 March 2022, the OHCHR examination on the human rights situation in Belarus found that state authorities used disproportionate force and arbitrarily arrested and detained protestors, and committed torture, rape and sexual violence and other inhumane acts against them.

The IAPB provided the examination with access to victims and witnesses and open-source information and, following its extension by the HRC on 31 March 2022, is providing access to its entire collection of information and evidence.

“Despite new challenges, crimes against humanity in Belarus must remain in the focus of the international community,” said Victoria Federova, Representative of IAPB co-lead, the International Committee for the Investigation of Torture in Belarus. “It is necessary to use all possible legal means to bring the perpetrators to justice and restore the rule of law and respect for human rights in Belarus. Universal jurisdiction is the most accessible mechanism for the victims of torture and human rights violations in Belarus, especially those who fled the country."

States are obligated under international law to heed the UN High Commissioner for Human Rights’ call for independent investigations into the scale, pattern and nature of the violations and state policy to commit them, factors which may support a finding that crimes against humanity have been committed.

The IAPB is already supporting national criminal justice authorities outside Belarus by preparing to share evidence and related analytical briefs to support their investigations into international crimes committed in Belarus. Laying such groundwork now for future prosecutions is essential to ensuring perpetrators, including persons in positions of power, can be held accountable.

“Not only have international crimes against Belarusians increased since the election 2020, but no one has been brought to account. We are trying to remedy that by creating an evidence hub that meets criminal justice standards,” said Kate Vigneswaran, Acting Head of the IAPB and senior lawyer at IAPB lead, DIGNITY. “Our focus now is on continuing to investigate international crimes committed in Belarus and ensuring accountability bodies have what they need to bring perpetrators before the courts.”

The IAPB is a consortium of independent non-government organisations that have joined forces to collect, consolidate, verify, and preserve evidence of gross human rights violations constituting crimes under international law allegedly committed by Belarusian authorities and others in the run-up to the 2020 presidential election and its aftermath. The IAPB aims to assist human rights bodies and criminal justice authorities seeking to ensure perpetrators are held accountable.

States outside Belarus may exercise universal jurisdiction, which allows them to investigate and prosecute perpetrators of certain crimes under international law even if such crimes were committed outside their territory, irrespective of the nationality of the perpetrators or victims.