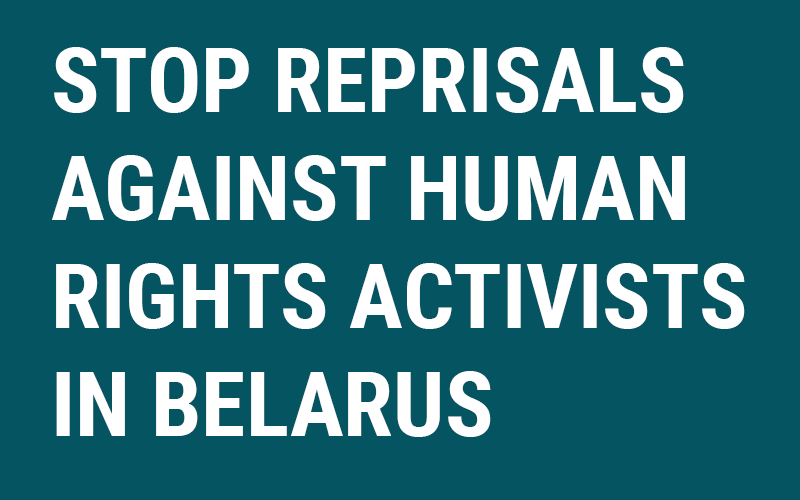 Since the presidential elections in Belarus on 9 August 2020, mass protests have expressed strong popular objections against the official election results. Reports of large numbers of arbitrary arrests and detention of peaceful demonstrators and torture of detained people have raised serious concerns in the international community.

The situation further escalated on September 17, when one of the leading staff members of the Human Rights Center Viasna, Maria Rabkova, was arrested, accused of training persons to participate in riots. Viasna has been active in monitoring the State’s compliance with their human rights obligations during the unrest, including documenting human rights violations. There are reasons to fear that Maria Rabkova will be subjected to torture.

Further, there may be suspicion that this persecution of Maria Rabkova and Viasna may be just the beginning of a more brutal crack-down on human rights defenders in Belarus. Hence, it is of paramount importance to strongly demand the immediate release of Maria Rabkova as well as to closely monitor the situation in Belarus to prevent that reprisals against human rights organisations, performing their legitimate and necessary functions, escalate.

The undersigned organisations call on the international community to demand respect for the rights of the Belarussian people to exercise their democratic rights, including the right to peaceful assembly.